Kyrgyz (Kirghiz) Translation of the Quran with Arabic - Text 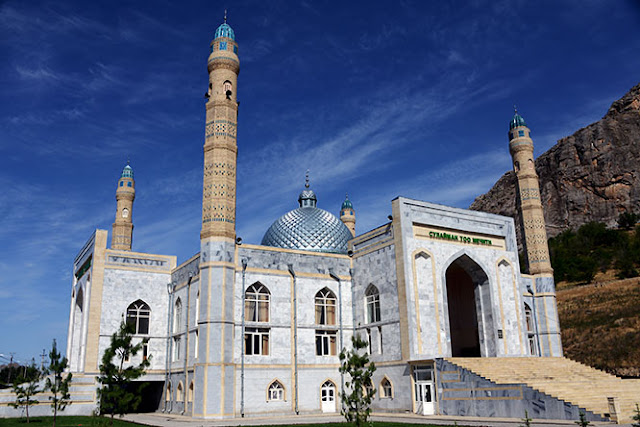 Kyrgyz or Kirghiz /kɪərˈɡiːz is a Turkic language spoken by about four million people in Kyrgyzstan as well as China, Afghanistan, Kazakhstan, Tajikistan.

Kyrgyz or Kirghiz /kɪərˈɡiːz/ (natively кыргызча, قىرعىزچه, kyrgyzcha, pronounced [qɯɾʁɯztʃɑ] or кыргыз тили, قىرعىز تيلى, kyrgyz tili, pronounced [qɯɾʁɯz tili]) is a Turkic language spoken by about four million people in Kyrgyzstan as well as China, Afghanistan, Kazakhstan, Tajikistan, Turkey, Uzbekistan, Pakistan and Russia. Kyrgyz is a member of the Kyrgyz–Kipchak subgroup of the Kypchak languages, and modern-day language convergence has resulted in an increasing degree of mutual intelligibility between Kyrgyz and Kazakh.[citation needed]

Kyrgyz was originally written in the Turkic runes,[3] gradually replaced by an Arabic alphabet (in use until 1928 in USSR, still in use in China). Between 1928 and 1940, the Latin-based Uniform Turkic Alphabet was used. In 1940 due to general Soviet policy, a Cyrillic alphabet eventually became common and has remained so to this day, though some Kyrgyz still use the Arabic alphabet. When Kyrgyzstan became independent following the Soviet Union's collapse in 1991, there was a popular idea among some Kyrgyzstanis to switch to the Latin alphabet (taking in mind a version closer to the Turkish alphabet rather than the original alphabet of 1928–40). Although the plan has not yet been implemented, it remains in occasional discussion[4].
1:29 PM
featured, Kyrgyz